There’s theories of what may happen to a certain character or how the plot may plan out but there is nothing worse than SPOILERS!

You’re sat there waiting for your favourite series to start when you get a notification, it’s only your group chat talking about the recent death in the new episode of your show! Seriously? Can people not just keep this to themselves! Now what is the point in watching it now when the only thing you are anticipating is the death for the whole episode? 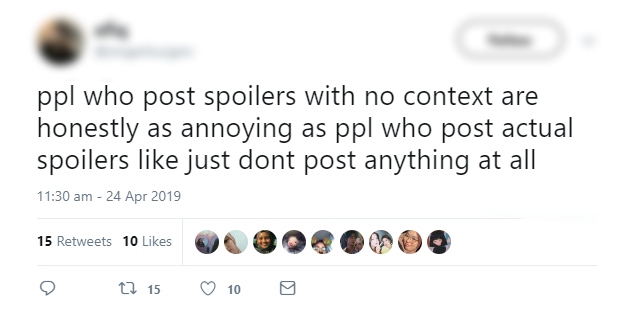 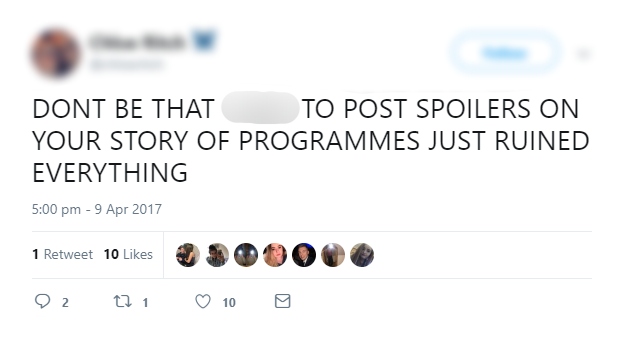 They say stay away from social media the day after it airs but maybe you forget and the first tweet you see is a spoiler.. Because you followed every Game of Thrones actor and fan page!

Even worse when you spoil it for yourself, you’re watching Gossip Girl on Netflix even though it aired over ten years ago and you look on Wikipedia to research the show. Names of actors, inspiration for the show… Then you ‘accidentally’ scroll to the end of the page and bam it’ tells you who Gossip Girl is, is there any point in watching the rest now? You try to forget that you’ve spoiled the ending of the show but now you just want someone to discuss it with.. Have I become the ‘spoiler alert’ person I set out to destroy?

People think that by putting ‘spoiler alert:’ before they reveal all the key events of the show give you enough warning but you’re half way through reading the sentence, you’ve already spoilt it! 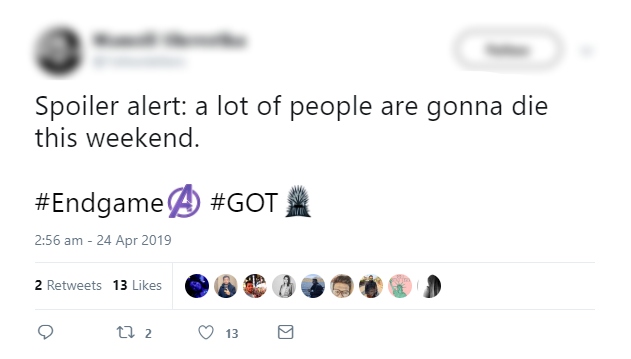 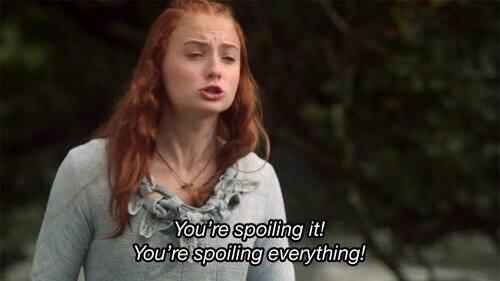 And of course, there’s always that one person who thinks they are hilarious and shares a spoiler that isn’t actually a spoiler but youre so emotionally invested in the show that you panic just from reading it.

Spoiler alert: They die at the end of Titanic… But I’m sure you already knew that.