Menu
In the latest edition of Talking Testing, Gabbi Trotter caught up with Simon prior about his journey into the world of Testing, his 5 key values as a Test Manager and how he believes we can encourage more students to consider a career in testing. 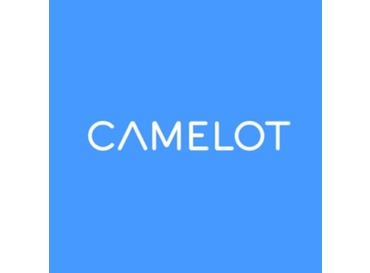 Please can you give us all a brief introduction of you, and your current job role….

Hi, I’m Simon Prior, I’ve been in the Software Engineering world for 12 years since I graduated in 2006. I’ve had various roles from Developer, Scrum Master, Build Engineer and then in 2010, I dived into Testing/QA. Until November this year, I had spent that whole time in McAfee, but I then moved to Camelot (Home of the National Lottery), to lead up the Non-Gaming QA Programmes.
​
You have just recently joined Camelot after a whopping 11 years at McAfee, how did you know it was time for a change?

After 12 years, I was always conscious of ensuring I continued to grow my skills and felt that to continue growing, I wanted to move on and try a new challenge. I also hold my values of testing close and I had started to realise my values were being conflicted, so wanted to try and get them re-aligned.

What drew you to Camelot, I am sure you had a lot of choice?
​
I was bowled over by the company and my new Manager sold the company and her vision very well to me, I couldn’t wait to get started. And I wasn’t really actively looking to move, I would’ve been OK with staying at McAfee, but Camelot really opened my eyes and I’ve loved every day so far.

Your career path tells the story of someone who started as a developer and moved into software testing, why did you make that move?

At that time, I was in a development team where every single other member had 10-15 years experience, so being a graduate, I never really got chance to work on the meaty projects, so as we were doing Scrum, I started taking on more of the testing tasks and found that I loved understanding the products and identifying test scenarios. My passion then grew fairly quickly.

You blog frequently about your testing values as a Test Manager, can you share those with us in a nutshell?

My values are really what I try to ensure I work by and have used them to keep myself aligned to what I believe I should be doing. My recent blog post describes them in more detail but in short:

These did help me make a decision to move when I did as I saw the role at Camelot as a chance to match these again.

Why is it important to have clear values when you are in charge of teaching/leading others?

I believe its a way to show the whole team direction and if you can install that belief in them too, the team will be able to all work towards the same goal.

What’s the biggest challenge for the modern Test Manager?

I really feel that the real value of testing is being diluted in the world of “Automate Everything”, testing where the focus is on deep detailed testing is lost. We as Test Managers and as a community have a role to try and show the true value, with proving that testing is more than automating UI test scenarios. Also ensuring that we continue to build the best quality test teams we can and building a culture of quality across all areas of the team. The test manager should possibly have the lead role in coaching/mentoring the whole team towards the focus on quality.

As a Manager recruitment will fall under your remit? What stands out to you when interviewing someone?
Passion and desire to learn. I fully believe the best testers I’ve hired, have not been the ones who had awesome CV’s, their CV’s have read OK, but its the ones who really come alive when you start asking questions on testing and they just get talking. One example is giving them an inanimate object or an everyday piece of tech to test (A Cash Machine for example) and getting them to draw out their approach, suddenly you have unlocked something special and you can see the cogs turning as they dive deeper. I’ve had this happen on 2 occasions and both have ended up being amazing hires.
​
You are passionate about the future of Testing, and often highlight how Uni’s aren’t doing enough to provide their students with testing relevant skills. I’d be interested to hear how you think we can best combat this?

We have to get out to Universities and schools and promote our industry better. I’ve noticed a few folks in the community have done a couple of university talks and it really will take a team effort to make any impact. I’m a STEM ambassador so get to go and do IT careers talks to schools and always ensure Testing is an area of focus. I would love to be able to host a conference on Testing for students/schools, but feel it’s not something I can do alone. Speaking at the UKStar conference and OnlineTestConf this year, I definitely felt there were others who were keen to spread the word in colleges and schools. Maybe we need to pull a team of willing volunteers together from our awesome community to start putting something together.

When hiring a Junior Tester, how important is a degree to you?

It’s not the most important thing by a long way, if I had a school leaver who showed me the passion and desire to learn the right skills and could think out the box, they would be my preference over someone who did have a degree but didn’t have that passion.

A degree shows that they can be self sufficient and have been able to learn complex stuff, and this can be a benefit, but for me, personality and passion come higher up for junior roles.

If you hadn’t of got into Testing some 11 years ago, what do you think you would be doing now?

I was relatively good at tennis as a teenager and would loved to have carried that on, but after University, I was convinced I wanted to work in Computer Forensics, and I thought that was the direction I would be going. I guess it’s not a million miles away from testing.
​
• Simon helps to run – Ministry of Testing Aylesbury
• He is also giving a talk at UKStar Conference next march – Find out more here.