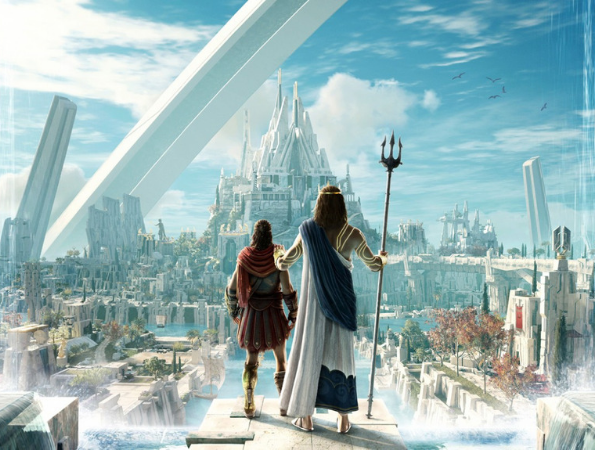 Every game player knows that outstanding graphics are the key to having a realistic and engaging experience. It is an agreed fact amongst the gaming community that the Assassin’s Creed series are the go to games when it comes to mind-blowing graphics.

Check out a couple of our favourites from the series along with the real life impacts that the graphics can provide.

An outstanding mix of real locations, ancient times gone by and magic. Headed as the start of the Assassin’s Creed group, this game has outstanding graphics to match. There is a clear harmony between artistic design and technical implementation making the game playing experience unparalleled.

Set in a fictional time of a Peloponnesian war between Athens and Sparta, the graphics for this game once again blew gamer’s expectations out of the water. Although there is no real-life comparison it is clear that no detail has been missed.

If you love fast action that evokes a story line perfectly then you will love these graphics.

Since the release of ‘Assassin’s Creed Unity’ many of us have scaled the walls and run inside the corridors of Notre-Dame Cathedral in Paris. The unprecedented detail of the graphics seemed important for game play and historical representation.

After the fire of Notre-Dame broke out in April the games graphics gained a new meaning in the ability to help accurately rebuild the cathedral.

The game is set during the time of the French Revolution but used the modern day Cathedral as a structural reference. Historian, Maxime Durand heads up all historical representations across the Assassin’s Creed franchise, especially the detailed depiction of Notre-Dame Cathedral.

With over 5000 hours of research on the building structure, aesthetics and layout of the Cathedral having been gathered by Ubisoft, there was a very clear and detailed data set that reached far beyond the commercial game.

How can it help?

Due to the level of information and detail gathered by Ubisoft it is clear that they could aid in the rebuild effort.

There was only one set back in the data set – the technology used to gather it. As Assassin’s Creed Unity was developed between 2010 and 2014 new 3D mapping technology wasn’t available or used.

As a result, it seems unlikely that the rebuild process will involve the Assassin’s Creed team. We can say however, that the image of the Cathedral will be immortalised with the graphics of the game.

For more information on how Assassin’s Creed Unity linked to the Notre-Dame Cathedral take a look at the Business Insider article.